"Beyond Zouk" is designed to help participants, from all walks of life, explore movement and touch, in a fun and safe manner. Keeping the sensitivities of individuals in mind, in the context of a conservative Asian culture, the program aims to introduce dancers and non-dancers alike to the experience of deep human-to-human connection, through music and movement; but always in a way that is non-intimidating, and consent-based.

Join us on this journey of self-discovery. Learn about how you interact with other humans, both physically and mentally, and what your relationship with touch is. All partner exercises are conducted with a wonderful variety of songs that you can't help but move to. As consent is very important in building a safe environment, you will be asked for your permission, before any exercise involving touch commences.

P.S. Why the name "Beyond Zouk"? We discovered the magic of co-creation through the dance of Brazilian Zouk. But we found that the lessons we learned from this dance can be applied to areas of our life, beyond the dance itself. Beyond Zouk is not a dance workshop; it is a immersion program to explore how we connect to other humans.

Day 2 (Sun) - Bringing It All Together

Modules in this immersion are conducted in the following format. We invite participants to immerse themselves as deeply as they can to reap the benefits of this experience. Mobile phones will be set aside. We would also highly recommend penning down reflections, thoughts or new discoveries that may arise during this immersion. 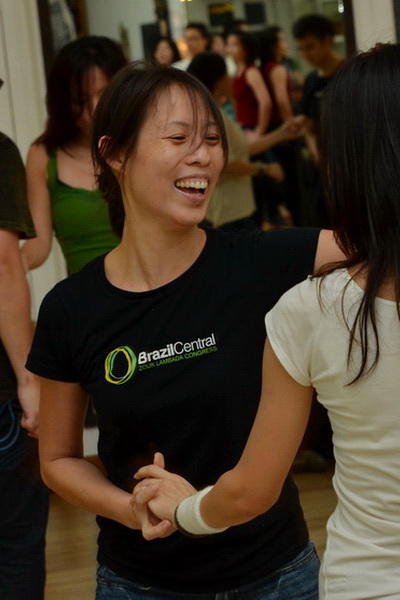 With a Masters in School Psychology, Jean has a deep interest in understanding how people learn. Since 2004, she has applied her knowledge and been a community leader in the Singapore Latin dance scene (Salsa, Bachata, Rueda, Brazilian Zouk).

After running a successful dance school for 12 years, she decided to focus on delving deeper into the art of Brazilian Zouk. It was through this dance that she discovered new ways of connecting with people, through movement and music, that resulted in a level of synergy and enjoyment that she had not experienced before.

Since 2018, Jean has been studying this phemonema of deep connection through the dance, seeking knowledge from other Brazilian Zouk artistes who practise a similar style. Her research has culminated in the 8-hour program known as "Beyond Zouk".

Since it's introduction, the Beyond Zouk program has met with great success, and participants have been astonished at the level of connection they could attain, with individuals that they had no pre-existing relationship with. 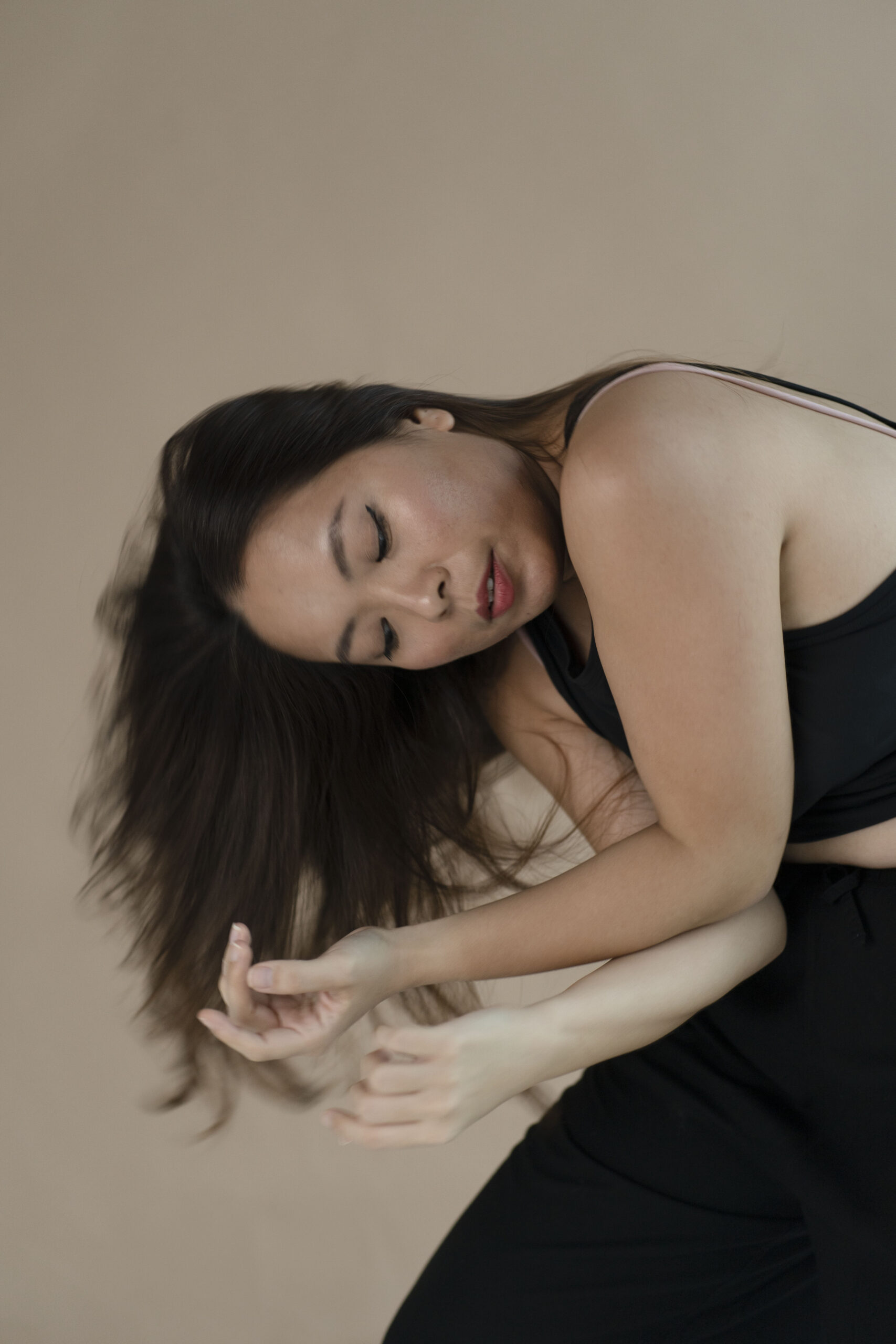 Jasmin is an educator, entrepreneur, and creator. Over the last 13 years, Jasmin has honed her skills in facilitation and teaching, in various domains. Her earlier work involved working with teenagers through language, literature, leadership, and theatre/drama. In recent years, Jasmin works with adults through corporate trainings, and mentors teaching artists in their work with her company "Taugeh Productions".

Pursuing drama and theatre since she was six has provided Jasmin with a good foundation in breathwork and body awareness. This was enhanced as she explored various solo and partner dance forms, and paralleled her dance practice with Pilates training. Currently, Jasmin is in her 12th year of exploring Brazilian Zouk as a dance form, and is still fascinated at how much more there is to learn.

Jasmin is also deeply curious about psychosomatic healing, the untapped wisdom of the body, and how movement, body awareness, and touch can serve as gateways to better mental health. The last three years have also led Jasmin deeper into yoga, movement meditation, and somatic/movement therapy.

When Jasmin is not teaching or moving, she is passionate about stories and writes for the stage and screen. She is also trained as an Intimacy Choreographer for performances.

Jasmin’s multi-hyphenated practice is grounded upon keen listening and observation, inquisitive questioning, and an openness that contribute to the building of brave spaces for risk-taking and exploration.

Showtime!
What are the lesson dates and fees and location?
The program is made up of 8 hours of lessons, spread across two days. Day 1 (Sat) lessons will take place from 2pm to 630pm (with a short break for refreshments in the middle), at Danz Artistica, 116 Middle Rd, #04-03 ICB Enterprise House. Day 2 (Sun) lessons will take place from 2pm to 630pm (with a short break for refreshments in the middle), at #07-05 Skyline Building. We are offering this program for an introductory fee of $250.
Can I attend a single day only?
Due to the nature of the course, single-day participation is not available. The first day of the course is critical in setting the foundation for the second day's activities.
Who is this program suitable for?
Anyone who wishes to explore human connection through movement and music. The course is suitable for non-dancers, as well as dancers who seek to improve their ability to connect. You should be of an age where parental consent is no longer required.
I don't have any dance experience. Can I join this program?
Absolutely! The course will not require you to do any technical dance movements, so no dance experience is necessary. An open mind is all you need.
Will I be learning how to dance Brazilian Zouk in this program?
The program is focused on preparing your mind and body for mindful, intimate connection that is non-sexual. This in itself will help you enjoy your experience in other partner dances. The purpose of this program is not to teach you Brazilian Zouk. Subsequent courses on Brazilian Zouk are available, for those who wish to learn the beautiful dance of Brazilian Zouk, after completing this program.
What are your payment methods?
The most convenient method would be PahLah or PayNow. Direct bank deposits are also great. Once the class is confirmed, payment must be made before the start date to secure your spot. We are offering this program for an introductory fee of $250.
What should I wear to class?
Anything that allows you to move comfortably and without restriction. Preferably no heels, wedges or slippers/slip-ons.
Will we be rotating partners? Can I stick with my partner?
It's definitely more fun to partner with different people during the lesson. You'll also have a more enriching learning experience. However if you feel more comfortable staying with your partner throughout the lesson, we can certainly accommodate that. Just let us know in advance.
Do I need to be vaccinated? Is this a mask-on activity?
You do not need to be fully vaccinated. Participants do not need to be masked, but can choose to do so. We will follow the guidelines as set by the National Arts Council.
I've signed up and paid, but now I can't make it. Do you provide refunds?
We can't provide refunds, due to the limited spaces for this program. However, you can transfer your spot to another person. Just drop us a message if you've done so , along with the person's contact name and numnber.
I've attended previous editions of Beyond Zouk, but would like to attend this again. Are there any discounts?
Yes! Past graduates can enjoy a 30% discount. Better yet, register with a friend and enjoy 60% off!
I've taken Brazilian Zouk (or other partner dance) classes before. Would this program still be helpful to me?
Absolutely! The objective of this program is to prepare participants, to be able to connect (in an intimate but non-sexual manner) with other individuals, through music and movement. From our experience, most partner dance classes do not touch on this topic, much less go into great detail. Regardless of what partner dance experience you may have had, this program will definitely take your dance experience to a whole new level.